Report by the panel of judges of #TheJohnFawoleChessAwards2016 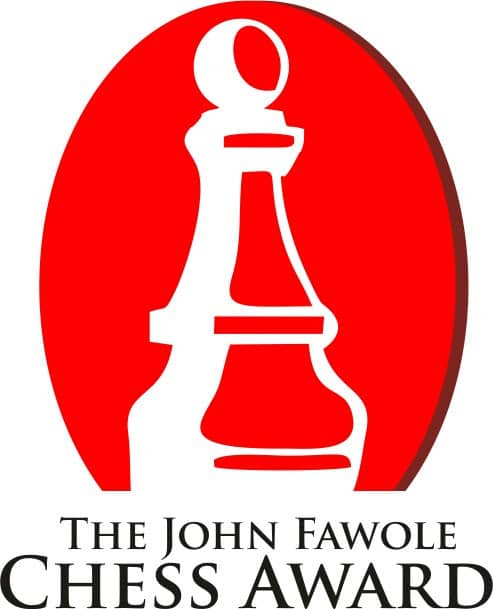 Compliments of the season to us all.

This is the report of the panel of judges on the maiden edition of #TheJohnFawoleChessAwards2016.

The goal of this award is to recognize individuals or groups of individuals with outstanding performance and contribution to the advancement, recognition, and promotion of chess and Nigeria. This is for a fact the first of its kind.

To us, every nominee is a winner and the recognition is already established by all.

A big thank you to everyone who had voted online for this award. We have been totally amazed by the high turnout of entries in the maiden edition in a short time frame. Luckily for us, we got some gurus on the board to help with the difficult task of picking the eventual winners.

Oluwalasinu Lanre Seye, my humble self as a chairman of the panel

The panel did a review of the nominees in each of the 18 categories to determine the winners.

Below is the full report of the categories and the winners:

. Award of Recognition to the NCF President for many sacrifices towards the development of chess in Nigeria- Mr Adeyemi Olalekan

. Award of Recognition for the highest rated player of all time- Anwuli Daniel.

On a final note, if want to thank everyone for being a great audience and for bringing professionalism into the business of this Choice Award. Till we meet again in the future. Happy New Year in advance.

For the Panel of Judges